The island of Rab is situated in the northern part of the Croatian side of Adriatic Sea and belongs to the Kvarner group of islands. It is placed between 44° 41' and 44° 51' of latitude (northern) and between 14° 40' and 14° 53' of longitude (eastern). Along with some smaller islands its surface is 86.14 km2. The island expands from the Northwest to the Southeast and its length in that direction is 22 km. The biggest stretch of the island is 11 km and the smallest 3 km. The island of Rab is separated from the mainland by the Velebit canal. The smallest distance from the mainland is 1800 m. In the immediate proximity of the island of Rab there are many small islands, bigger ones among them being Goli, Grgur, Maman, Laganj mali, Dolfin, Trstenik, Dolin and St. Juraj.

The island of Rab has the so-called "Adriatic type" of Mediterranean climate with pleasant warm summers and mild winters. It has such a climate thanks to the mountain range Kamenjak that protects it from the cold Northeastern wind in winter and spring months. Except for that wing, there is a warm and moist wind blowing from the Southeast in autumn ("jugo"), which always brings along rain. During summer months there is a landward breeze blowing during the day, called "maestral", which is pleasant and renders summer heat milder. Other winds and storms are rare phenomena. The number of sunny hours is 2417 on the average, while the number of cloudy days is very small. The temperature of the sea is convenient for bathing, and amounts to 20°C, from May to October. The middle year's temperature of the sea is 16.7°C.

In the range of beauty which the nature has gifted island of Rab, the first place occupies the dark-blue azure Adriatic. It surrounds Rab, enters in Rab's continent and in the same time it creates plenty number of bigger and smaller coves. Adriatic charm when it is calm. It wonders when it is choppy. The man admires by looking it from coast. He admires by sailing or by diving into it's clearly and freshen waves. It is difficult to determine exactly the color of the Adriatic Sea. It is sometimes dark blue, sometimes green-blue. It iridisces in thousands of shades uninterruptedly depending on the time of the day and on the angle in which the sunrays fall on it. But it is always beautiful and unrepeatable.

Rab is known for it's diverse coastline which means you can swim on sandy as well as rocky beaches.

Banjol is the place where our apartments are located and the most famous beaches in Banjol are 1. , 2. and 3.Padova, exactly the beaches only five minutes away from our apartments.

The city beach is located on the walk underneath the old town and it streches all the way till the next beach one kilometer away, which is called "Škver". Underneath the old town is a beach bar, and on the beach "Škver" there is a fast food as well as the possibility of excursions to the nearby beaches on boats owned by people from Rab.

Suha punta is maybe the most beautiful part of this diverse island. It contains many rocky beaches which guarantee a perfect vacation with clean and clear sea and a green nature. The most famous beaches are Matovica and a complex of beaches on Frkanj. On Frkanj is also located a FKK beach.

Lopar contains 22 sandy beaches, with the Rajska plaza as the most famous one, perfect for younger generations. There are many establishments on Rajska plaza and the nearby beaches which provide tourist services. Along with food and beverage, renting scooters, waterslides and many other services are available.

If you find yourself in Lopar, and you wanna avoid the crowds and experience the wild nature, most definitely visit the beaches like Sahara and Ciganka, located on the other side of Lopar.

Thanks to it's thousands years of history, the town of Rab is very rich in numerous cultural and historical monuments. The whole town with it's old walls, bell towers and nobleman families crests on the walls of houses is infact a monument in itself, but some attractions have to be specially mentioned. 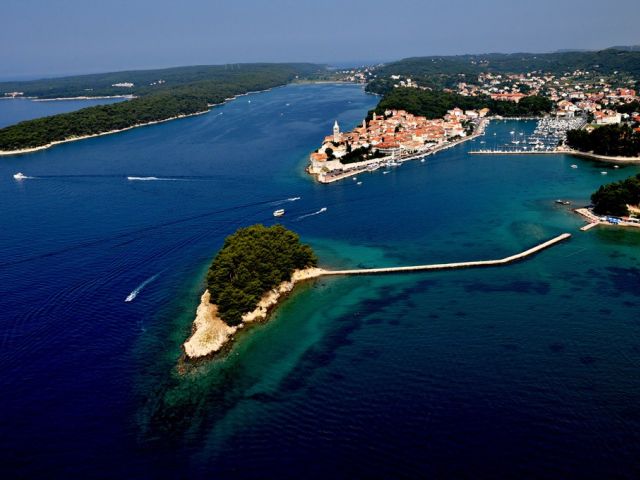 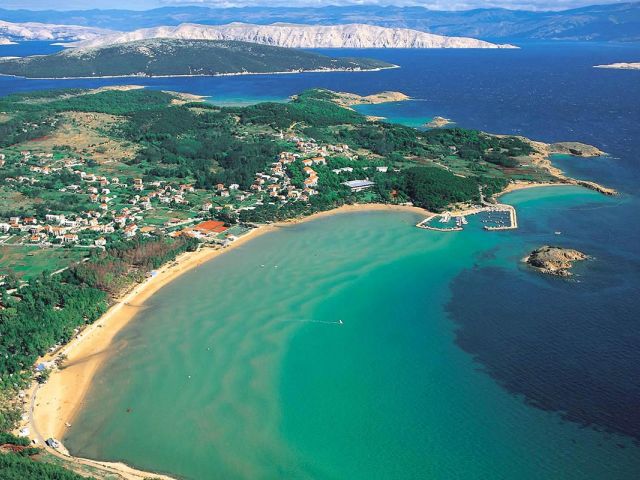 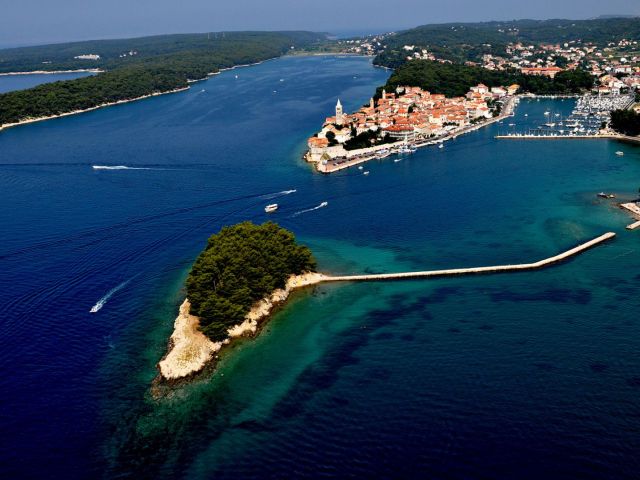 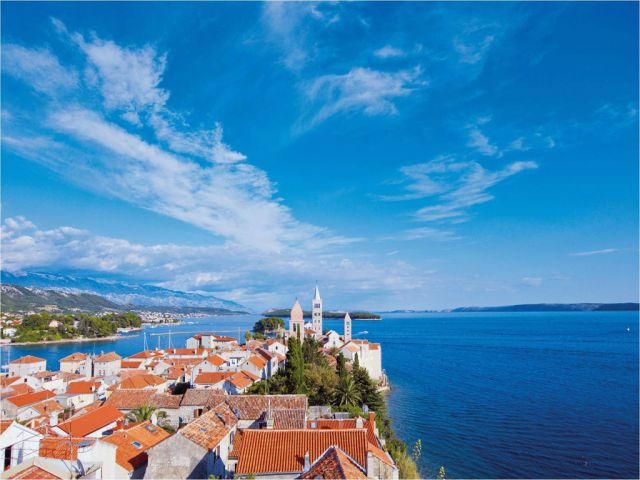